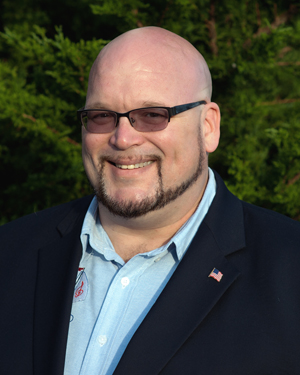 Dave Hager has been associated with the Bay Village Community Band since joining in 2009. He has played with the Band on trumpet (his major instrument), euphonium, tuba, and percussion. Dave was quickly added as Associate Director within weeks of joining the Band and appointed Assistant Director in 2011. He was appointed Band Director in October of 2014.

Dave is the founding conductor of the Village Jazz Orchestra in 2016, which is an 18-piece jazz unit of the Band, specializing in big band music.

A proud veteran of the US Navy, Dave is a graduate of Cleveland State University, where he is known for writing the school’s fight song and served as director of athletic bands for nine years. He is currently a band and orchestra director in the Lorain City School District, where he has worked since 1995.