The Bay Village Community Band has had the privilege of being under the direction of Mr. Thomas Hill, Mr. Kevan Stuber, and Mr. Timothy Stohs. These directors served the band for many years, and we thank them graciously for their service! 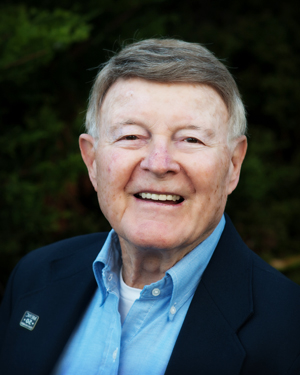 It is with a heavy heart that we announce the passing of our longtime Director Emeritus Thomas F. Hill in December of 2021. Tom was the longest serving director of the Bay Village Community Band, having started in 1978 and served until the early 2000s. A proud U.S. Army veteran, he taught thousands of students as instrumental and choral music teacher in the Westlake City Schools, and then went on to work for the Lutheran Schools to teach more instrumental music.

Tom never stopped trying to preach the gospel of musical fundamentals wherever he went, and his unique abbreviated forms of speech, genuine concern for the well-being of those in his charge, and his commitment to always improving the music were distinguishing characteristics that endeared him to his many students. He will be greatly missed. 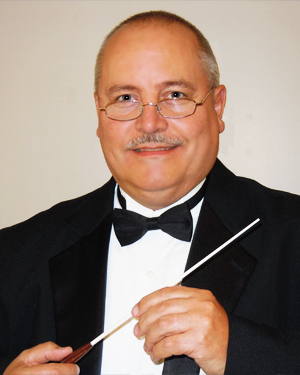 Mr. Stuber attended St. Paul Lutheran School, in Westlake, from Kindergarten through the sixth grade.  He is a graduate of Westlake High School, and served as the band President under director, Thomas F. Hill.  He served as Vice President, President, and Graduate Teaching Assistant for band director, Nicholas A. Poccia, at Miami University in Oxford, Ohio.  He was a tuba soloist with the Miami University Symphony Orchestra, and was employed by the King’s Island Live Shows Department as a member of their Dixieland Jazz Band.  He performed with, and assisted in directing the Miami Marching Band at Walt Disney World (Tangerine Bowl) three consecutive years.

He taught for two years in the Chardon Local Schools prior to joining the Olmsted Falls teaching staff in 1978 as High School director of bands.  He was a member of the Blue Ribbon Schools Committee which made the presentation for the National Award earned by Olmsted Falls High School in 1998.  Under his direction, the Olmsted Falls bands performed for the Cleveland Browns, Cleveland Indians, Cleveland Force (soccer), Cleveland Cavaliers, Dick Goddard’s Woollybear Parades, numerous band festivals, community ceremonies and celebrations, as well as a trip to the United States Navy Memorial in Washington D.C.  In competition, the bands consistently earned top ratings.

To date, he has directed over one thousand performances including two hundred ninety-six halftime shows for the Olmsted Falls Bulldogs.  One memorable halftime show was for the 2000 Ohio High School Athletic Association Football Division II Championship Game in which the Bulldogs were victorious.  In 2006, the “Pride of Olmsted Falls” numbered 196 students.  Five concert bands at the High School and two sections of fifth grade beginners kept him busy on a daily basis.  He served two terms as treasurer for both the Ohio Music Education Association District IV, and the Olmsted Falls Education Association.  Mr. Stuber earned the “Quarter Century Award” from the O.M.E.A.  He served as chairperson of the Olmsted Falls Music Department until his retirement in 2006.  Mr. Stuber directed the Bay Village Community Band for five years, having served as assistant director for eleven years.  He has been teaching in the Lutheran Schools since the fall of 2006.  Mr. Stuber is a member of the Patriots Symphonic Band, Lutheran Wind Ensemble, and a professional Brass Quintet.  He resides in North Olmsted with his wife Patty. 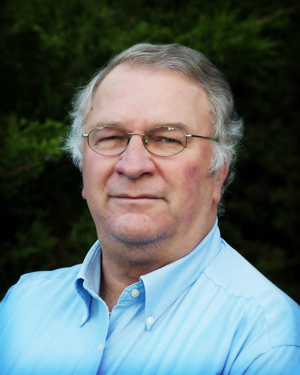 In January of 2011, Tim was promoted to senior director upon the retirement of Kevan Stuber. Prior to 2011, Tim was the assistant director for 5 years.

Tim studied music at Valparaiso University, Columbia University and Wayne State University. He has been a school band director for over 25 years, and was music director of the Rochester Patriots Drum and Bugle Corps for 13 years. He has played in and directed community bands and orchestras since 1970. Tim lives in Westlake with his wife Linda.